I am so excited to share with you my Thanksgiving menu!  I will have it up by tomorrow (not that you are DYING to know or anything), but I have been testing and trying different recipes and am excited about what’s cooking.

In the meantime, I made an apricot pot roast that was to die for. 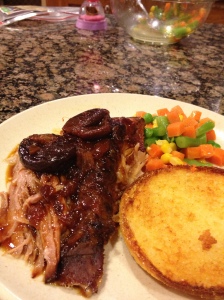 I have also been working hard lately to find ways to make fitness fun, for the whole family.  I do hot yoga three to four times a week, and my husband and I are looking to start crossfit training, which is all fantastic, but it is starting to get boring (yikes).  So to avoid that completely, I try to spice it up a bit.  Like a mud run with crazy ass obstacles. 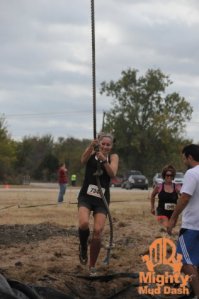 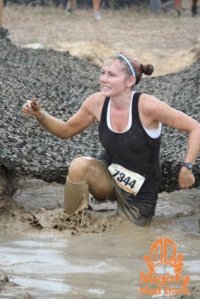 Gotta have fun along the way, ya know?  Although….had I known how hard some of those obstacles were…I might have just turned tail and ran back to the car where my cooler with beer was waiting for me.

Don’t you drink beer after running a 5k?

I also enjoyed some Schar Ciabatta rolls that I sliced in half, buttered with a pinch of garlic salt and baked- YUMMY.  Love this gluten-free bread!